The video below shows two vans that are thrown into the air by an unknown force (original Youtube channel: Slapped Ham).

Because of my psychic abilities, I can perceive things that are not visible with the naked eye. The following explanation is what I believe to be happening.
I believe that a portal from a world in another dimension is being opened. The portal gradually becomes bigger and changes shape in the process, until it has assumed it final shape and size, and then a big object starts coming through the portal. Maybe this a spaceship. As soon as this object has passed through the portal entirely, the portal closes.
In the pictures below you see what is happening step by step.

A portal starts to open. 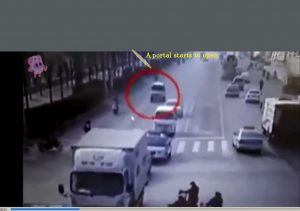 The portal has opened up a little further, and it has moved a little to the right. 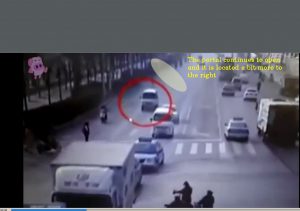 The portal becomes bigger and it changes shape. 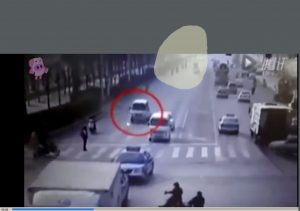 The portal grows even bigger and again changes shape. 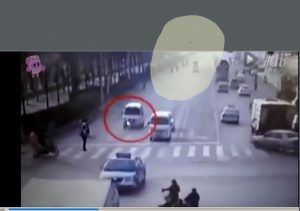 The portal is still bigger and has yet another shape. 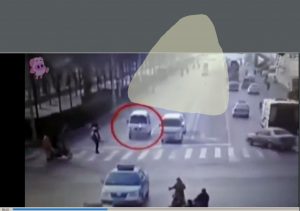 The portal grows still bigger and now almost has its final shape. 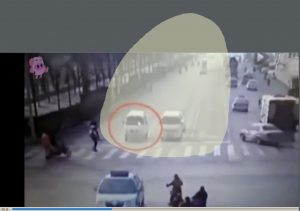 The portal becomes even bigger. The portal is ready for the passage. 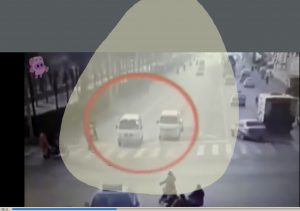 A black object starts coming through the portal, from the upper left side. 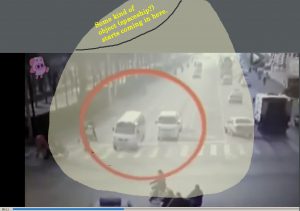 The big, black object continues to pass through the portal. 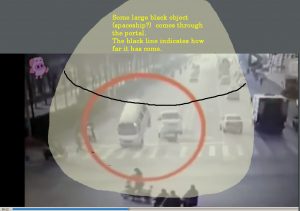 The black object has almost entirely passed through the portal. 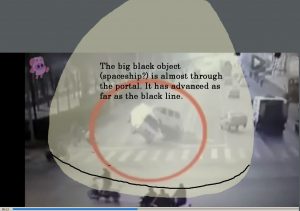 The portal closes, it rapidly diminishes in size. 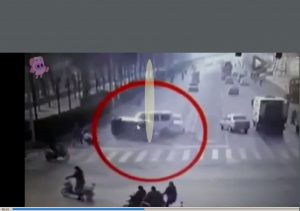 The portal continues to close. 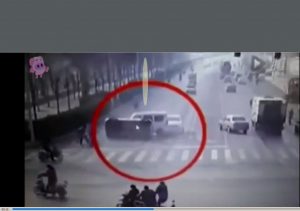 The portal is  almost completely closed, and it will be closed completely a second later. 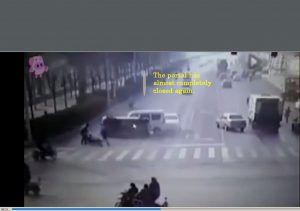